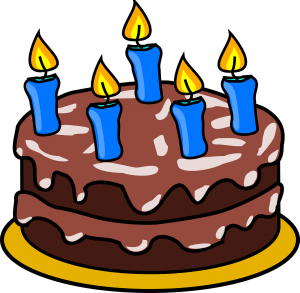 When we turned 60, my friend Frank Roach and I started a tradition we call the “Birthday Ride” in which we ride our bicycles the same number of miles as we are years old, on or around the time of our birthdays. The rides also celebrate the fact that we have been friends since the age of five.

This year the target was 62 miles and we chose a route in the county of Sutherland in the Scottish Highlands, starting and ending in the village of Rogart, where Frank and his wife Kate live next to the rail tracks in the historic Rogart Station buildings.  The convenient location made it easy for Kate, who is also an avid cyclist, to pedal with us this year.

The Good:
The Bad:

Scotrail runs train service from Inverness to Rogart four times daily, allowing riders to put their bikes on the train at the Highland capital for an unhurried two-hour journey northwards.

Bus service is also available on Stagecoach Highlands (route 66).  Buses stop outside the Post Office and run 3 times a day in each direction to Lairg and Golspie, where connections are available.

At the end of a long day in the saddle, riders can stay at Rogart Station, a hostel also known as Sleeperzzz , where my friend Frank and his wife Kate offer a variety of bike-friendly accommodation including bunks in converted vintage rail cars. The station is a short walk from the Pittentrail Inn, a pub that serves full meals.

The two-lane road eastwards from the village of Rogart in Sutherland climbs gradually through the farmland and moorland of the Strath Fleet valley for about four traffic-free miles until it reaches the A9, the main north-south highway connecting Inverness with John O’Groats and other towns at the northern tip of the British mainland.

This stretch began my 69-mile bicycle ride through the glens, moors and villages of a part of northeastern Scotland that avoids both the punishing climbs of the country’s mountainous northwest, and the monotonous expanses of peat bog in the so-called flow country farther north.

Instead, my tour offered mostly gradual ascents and descents across moors, past lakes and lonely farmhouses, and through scattered highland towns where cafes will fuel riders with tea and cakes for the miles ahead.

With the exception of about half a mile on the busy A9, you’re unlikely to see many other vehicles on these roads, many of which are single-track, and often require drivers to back up to passing places if they meet another car coming the other way. The roads are paved throughout although the blacktop is worn in places, and some of the smaller roads have grass growing along the center, showing how little they are used.

After turning right out of the A839 from Rogart, we headed south on the A9 down a long hill that leads to a bridge over the Loch Fleet estuary. We made the first right at the end of the bridge onto a single-track road that climbs gradually through woods alongside a small river to the right. After a mile or two, we emerged from the woods on to moorland, offering extensive views to the north and west. We passed the isolated upland lake of Loch Buidhe to our right, and then climbed southwards before a long and sometimes steep descent into the village of Bonar Bridge.  We stopped at a tearoom offering fine westward views over the Kyle of Sutherland, an estuary, and the mountains of Easter Ross.

Then we then rolled across the eponymous bridge and down the A836 for about a mile to the village of Ardgay where we turned sharp right to find a small rural road running along the south bank of the River Carron. It’s about nine miles from Ardgay down the wooded, undulating road to a bridge over the river that marks a turnaround. We turned right and headed back through mostly flat farmland toward Ardgay, this time on the north side of the river.

Passing a bridge that would have taken us back into Ardgay, we then turned north to rejoin the banks of the Kyle of Sutherland. The road passes a train station at Culrain and continues northward on the western side of the river valley, headed toward Inveroykel, an area named after the mouth of the River Oykel.

North of Culrain, you can see, above and to the left of the road, the imposing Carbisdale Castle, former residence of the Duchess of Sutherland, who fell out with her family in a dispute over her late husband’s will, and built the castle in 1907 in a show of defiance in Ross-shire, just outside the County of Sutherland. According to local legend, the castle has clocks on only three of its four faces; the side facing Sutherland is clock-less because the duchess didn’t even want to give her relatives ‘the time of day’.

A few miles north of the castle, we crossed the River Oykel on a ‘Bailey bridge’ built in the 1970s, and then turned right on the A837 toward Rose Hall. We stayed on that road through Invercassley and then bore left on the A839 toward Lairg. This stretch of the ride crosses moorland for about nine miles with a few climbs, and finally descends into the town at the southern end of Loch Shin.

Before pedaling the final 11 miles down the A839 to Rogart, we revived ourselves with tea and home-made cakes at The Pier, a tearoom overlooking the lake on the north side of the village.

Afternoon tea helped power us up the final climb of about a mile out of Lairg, followed by 10 flat or gently downhill miles through farmland back to the station at Rogart.

This year, the ride was supposed to be 62 miles, but because of a minor miscalculation, it turned out to be 69.  We gladly covered the extra distance without too much exertion. The fact that we are now seven years ‘ahead of the game’ suggests that we can – and perhaps should – extend the advantage of miles over years sooner rather than later.